PlayerUnknown’s Battleground is breaking records all around the World. This is the most downloaded game in the Play store and in the App store also. And the best part is everyone is really trying to pro in the game. Everyone is curious about the weapons in the game and which guns are best in the game.

However, there are stats given of each and every gun in the game itself but that information is not gonna help you find which would be the best for you. Every gun has its own advantages + disadvantages so you can’t judge one gun having damage high but less fire rate. Everything matters according to your gameplay and skills.

Let’s begin with some of the best guns in the game. All you need to know is that this list of top guns is based on most people skills.  That means most gamers are not good in controlling recoil and they want damage + they like Assualt Rifle More. I am not going to give particular numbers of guns that how much damage or magazine capacity it has.

Whenever I ask my friends which gun you would like to have always in the game, most answers were Groza Groza and Groza. And there’s no second choice in that the Groza in the best gun in the game with the highest Damage in Assualt Rifles this guns takes 1st Position in our top list of guns in the game.

AWM is the gun which has the highest damage in the PUBG but as it is a sniper thus it cannot hold the first position but if you love to hold one sniper with AR then AWM must be on your slot. Only one shot and you will get the message of knock out. But both these guns are found in Air Drops only. So, let’s proceed with other best guns rather than of Air drops as we know Air Drops Guns are always of worth. 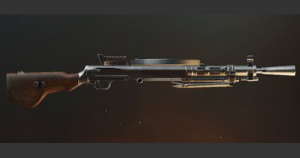 If you are like me who loves stable guns then DP-28 would be the best choice for you. Most of the people really die to get DP-28 in the game. And Beleive me there’s no gun better than this. with maximum magazine capacity and damage + almost zero recoil, this gun takes the 1st position if we exclude Airdrop guns. You must say that it has higher reloading time but that’s another case if you manage to kill someone with fewer shots then this guns is killer for you.

The list would be incomplete if M24 isn’t here. Lovers of Sniper must take one of these m24 or kar98k. My preference would be m24 but kar98k isn’t a bad choice until you won’t get m24. I always take m24 and there’s no doubt in that you must have one sniper with one Assualt Rifle in the PUBG.

Scar-l really, doesn’t get confused with M416. Yes, this place deserves Scar-l because of almost no recoil. Just add one compensator with Scar-l and start firing. The gun can handle up to 3x with almost no recoil and if you can control recoil then you can also attach 3 or 6x with this gun.

Recoil, M416 has high damage but it also has high recoil and if you can control recoil replay scar-l with m416. This gun could be a killer for you.

Last but not least, UMP. haha, don’t. I am not joking. Yes, UMP is killer at least for me. I always take UMP in my Game and attach 6x+compenstator to it. And this makes gun killer. Yes, I know UMP has lower damage but no gun can handle the 6x as the level at UMP does. This makes this gun my favorite. Try yourself in one match and I am sure, you will love it.

There are many guns in the game which are in the list but that doesn’t mean those guns aren’t good. Everyone is good at some gun and therefore I recommend you to try every good gun and find your favorite gun.